The Middle Peninsula lies on the Western Shore of the Chesapeake Bay between the York and Rappahannock Rivers. It encompasses 6 Virginia counties of which 3 border onto the Bay, namely Mathews, Gloucester, and Middlesex counties including; Urbanna, Deltaville, and Hartfield. The area is rich in history; much of it explored by Captain John Smith himself and is regarded as one of the best kept secrets of the Eastern seaboard. 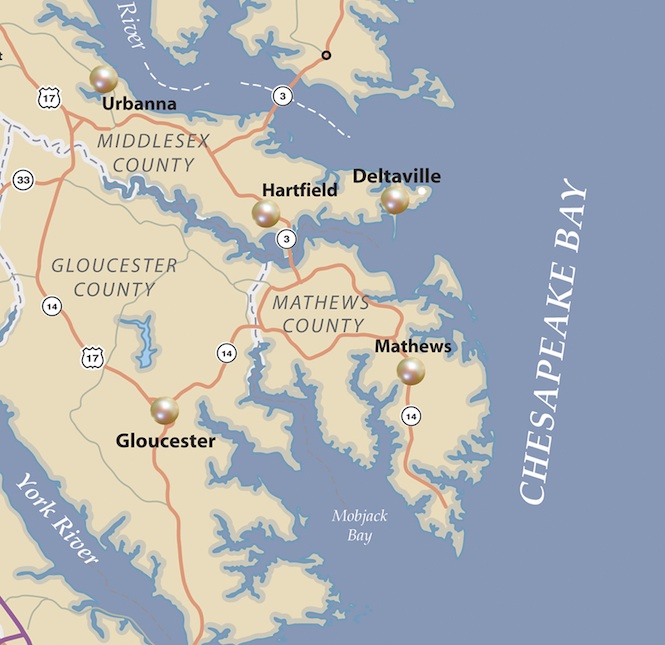 The Middle Peninsula is known for its quiet rural life on the shores of the Bay and its tributaries with miles of unfettered coastline, its casual spirit, its boating paradise, its spectacular bird life, its quaint historic courthouses, and its fishing and crabbing. There is little industry. The area is 30 minutes drive from Colonial Williamsburg, 1 hour from downtown Richmond, 30-45 minutes from Newport News/Hampton Roads, but well away from the congestion and hustle and bustle of these cities.

Virginia's Chesapeake Bay offers some of the finest waterfront real estate in the country. … END_OF_DOCUMENT_TOKEN_TO_BE_REPLACED